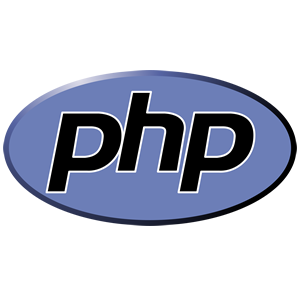 PHP is a server-side scripting language created in 1995 and designed for web development but also used as a general-purpose programming language. As of January 2013, PHP was installed on more than 240 million websites (39% of those sampled) and 2.1 million web servers. Originally created by Rasmus Lerdorf in 1994, the reference implementation of PHP (powered by the Zend Engine) is now produced by The PHP Group.  While PHP originally stood for Personal Home Page, it now stands for PHP: Hypertext Preprocessor, which is a recursive backronym.

PHP code can be simply mixed with HTML code, or it can be used in combination with various templating engines and web frameworks. PHP code is usually processed by a PHP interpreter, which is usually implemented as a web server's native module or a Common Gateway Interface (CGI) executable. After the PHP code is interpreted and executed, the web server sends resulting output to its client, usually in form of a part of the generated web page; for example, PHP code can generate a web page's HTML code, an image, or some other data. PHP has also evolved to include a command-line interface (CLI) capability and can be used in standalone graphical applications.

The canonical PHP interpreter, powered by the Zend Engine, is free software released under the PHP License. PHP has been widely ported and can be deployed on most web servers on almost every operating system and platform, free of charge.

PHP includes various free and open-source libraries in its source distribution, or uses them in resulting PHP binary builds. PHP is fundamentally an Internet-aware system with built-in modules for accessing File Transfer Protocol (FTP) servers and many database servers, including PostgreSQL, MySQL, Microsoft SQL Server and SQLite (which is an embedded database), LDAP servers, and others. Numerous functions familiar to C programmers, such as those in the stdio family, are available in standard PHP builds.