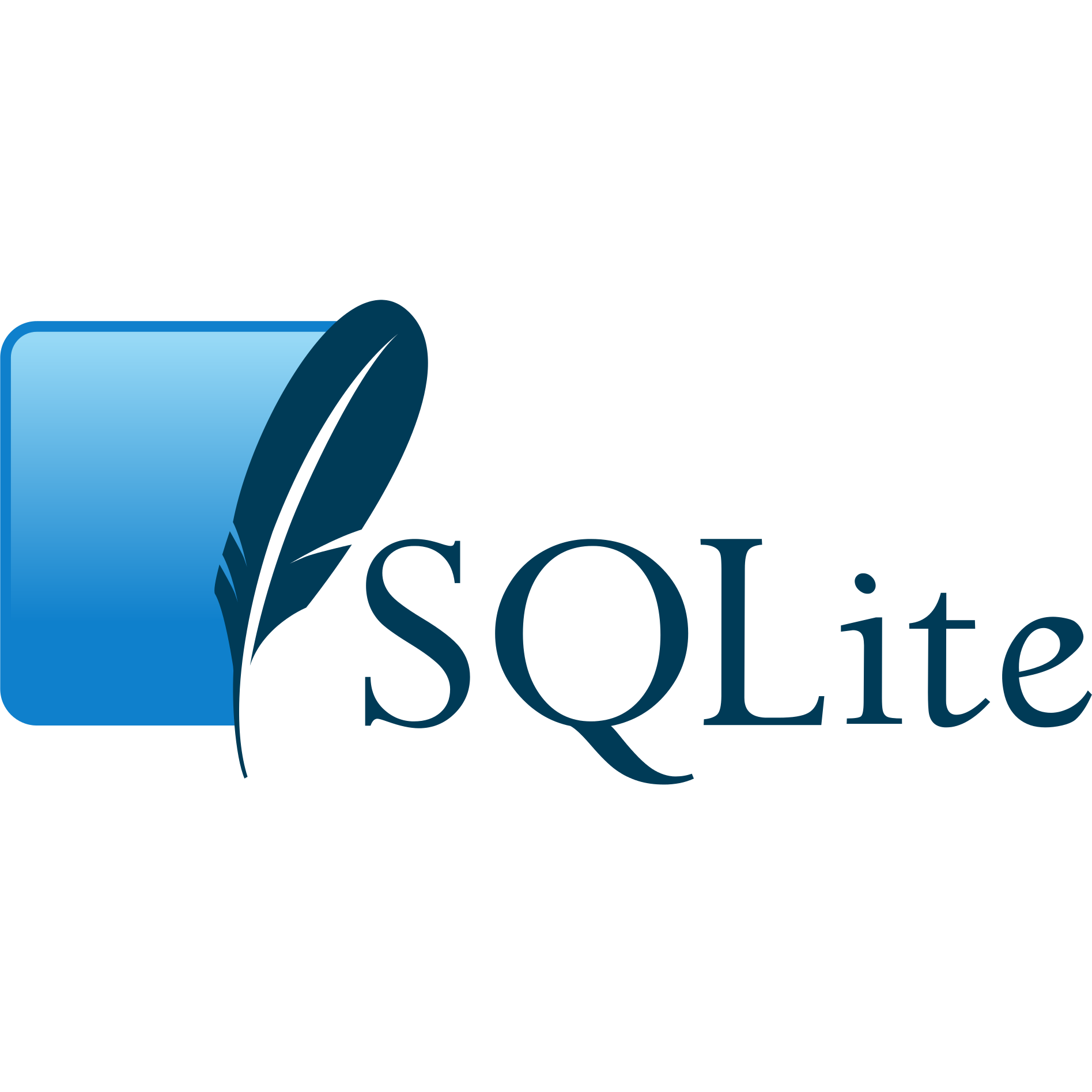 SQLite is an in-process library that implements a self-contained, serverless, zero-configuration, transactional SQL database engine. The code for SQLite is in the public domain and is thus free for use for any purpose, commercial or private. SQLite is the most widely deployed database in the world with more applications than we can count, including several high-profile projects.

SQLite is an embedded SQL database engine. Unlike most other SQL databases, SQLite does not have a separate server process. SQLite reads and writes directly to ordinary disk files. A complete SQL database with multiple tables, indices, triggers, and views, is contained in a single disk file. The database file format is cross-platform - you can freely copy a database between 32-bit and 64-bit systems or between big-endian and little-endian architectures.

SQLite is a compact library. With all features enabled, the library size can be less than 500KiB, depending on the target platform and compiler optimization settings. (64-bit code is larger. And some compiler optimizations such as aggressive function inlining and loop unrolling can cause the object code to be much larger.) If optional features are omitted, the size of the SQLite library can be reduced below 300KiB. SQLite can also be made to run in minimal stack space (4KiB) and very little heap (100KiB), making SQLite a popular database engine choice on memory constrained gadgets such as cellphones, PDAs, and MP3 players. There is a tradeoff between memory usage and speed. SQLite generally runs faster the more memory you give it. Nevertheless, performance is usually quite good even in low-memory environments.

The SQLite code base is supported by an international team of developers who work on SQLite full-time. The developers continue to expand the capabilities of SQLite and enhance its reliability and performance while maintaining backwards compatibility with the published interface spec, SQL syntax, and database file format. The source code is absolutely free to anybody who wants it, but professional support is also available.